UIC is honored to be one of the approximately 16 U.S. universities who are offered the opportunity to host a U.S. State Department Diplomat in Residence (DIR). On behalf of UIC, the Office of Global Engagement hosts the visiting DIR. The DIR meets with students in Illinois, Wisconsin, and Minnesota to discuss foreign service careers with the U.S. State Department. UIC has received the honor of hosting the DIR for more than fifteen consecutive years, hosting 13 DIRs in succession. 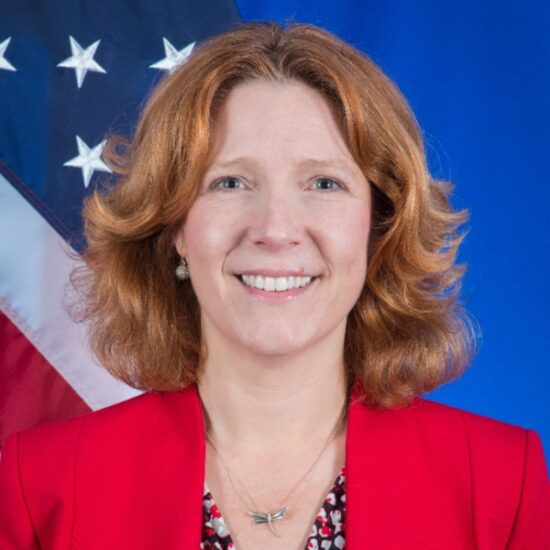 Susan Falatko is a career Foreign Service Officer with over twenty-three years of experience with the U.S. Department of State. She is currently the Deputy Chief of Mission (DCM) at the U.S. Embassy in Ljubljana, serving as Chargé d’Affaires for over a year. Ms. Falatko will be the next Diplomat in Residence for the Midwest region, recruiting talented individuals from diverse backgrounds for U.S. Department of State career and student program opportunities.

Ms. Falatko previously served as the Director of the Office of South Central European Affairs at the U.S. Department of State from 2017 to 2019, focusing on the Western Balkans. Prior to that, she was DCM at the U.S. Embassy to Mauritius and Seychelles from 2013 to 2016.

An Economic Officer in the Foreign Service since 1999, she has also served in Sarajevo, Bosnia and Herzegovina (2006-2009); Havana, Cuba (2001-2003); and Bamako, Mali (1999-2001). From 2003 to 2005, she worked on economic, counterterrorism, and Western Balkans issues on the OSCE desk in the European Bureau’s Office for Regional Political-Military Affairs. Ms. Falatko has also been posted to Kigali, Rwanda, as the Public Affairs Officer and to the U.S. Mission to the United Nations in Geneva as the U.S. liaison to the UN Specialized Agencies.

Originally from Chicago, Illinois, Ms. Falatko received a B.S. in Psychology from the University of Iowa (1990), an M.A. in International Relations from the George Washington University (1997) and a Master’s Degree in National Resource Strategy from the Eisenhower School at the National Defense University (2017).

Learn about careers with the U.S. State Department