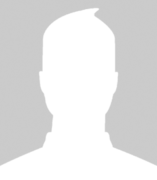 Director of the Office and Assistant to the VPGE

David Kodeski became Assistant to the Vice Provost for Global Engagement when the office was established in March of 2017. A native of Niagara Falls, New York, David joined UIC in 2013 as Assistant to the Vice Provost for Planning and Programs. Prior to UIC, he worked for many years as associate producer for the nationally-syndicated television show, “Siskel & Ebert.” An award-winning writer and performer, his work has been performed internationally and has also been adapted for National Public Radio’s “This American Life” and “All Things Considered.” Since 2012 he has volunteered for the Peterson Garden Project’s “Grow to Give” program, growing organic produce for food banks on Chicago’s north side. He holds a degree in Theater Arts from Davis & Elkins College, Elkins, West Virginia.